Post examples...
Of framing styles or techniques that rocked your boat, and also of those that didn't
Post Reply
5 posts • Page 1 of 1

I made this frame recently to use up some of the scrap fruitwood pieces that I had left over from a previous job and also just to see if I could make a frame like this.
Here it is. 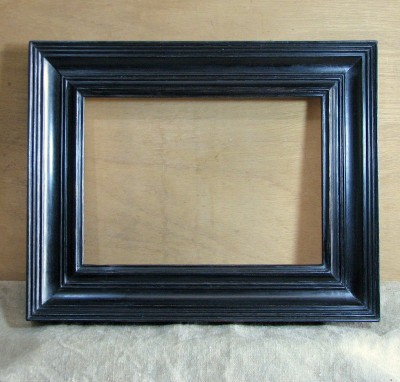 It all looks rather sweet in the photo and a fair amount of work went into making it but there were some issues and if I were to make another, there are a few things I would do differently.
First a brief description of how it was put together.

I took a length of R&H Pine stretcher and glued two lengths of F10 on to either side.
You can see that in the photo. 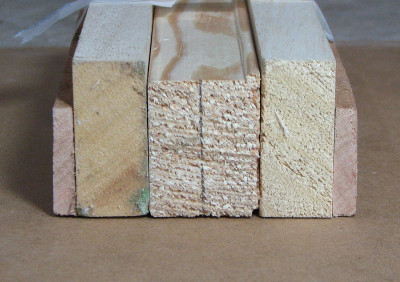 On the outside of that sandwich, I glued two slats of waste fruitwood.
When all had dried, I ran both sides through my spindle moulder to create two shallow hollows on to the faces of the fruitwood. 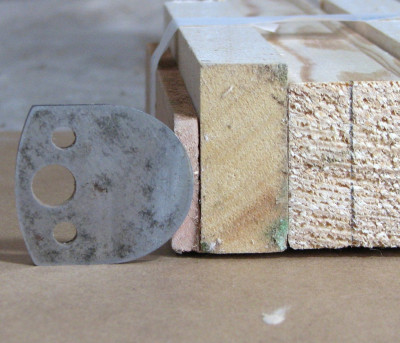 The 'sandwich was then split into two on the bench saw and each piece run through the spindle moulder again but this time to create a slope on the inner cut faces. 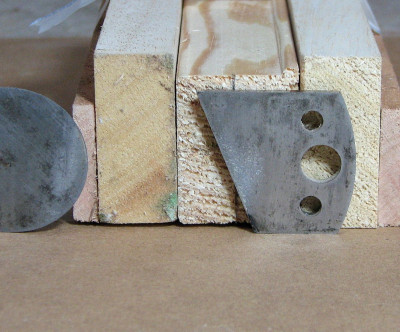 This sloped surface would then be the new base reference surface and all other cuts and additions were made with reference to it.
You can see that on the final image. 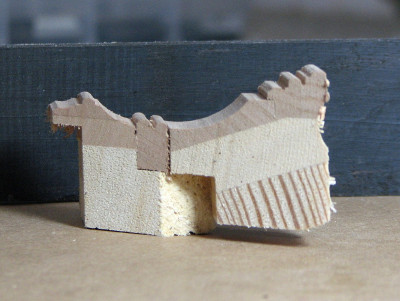 Finishing the frame required first staining the fruitwood with a black waterstain mixed with a little mahogany to simulate ebony.
The wood was then grain filled with some black grain filler.
There then followed several coats of blackened shellac and after rubbing back with pumice powder, two coats of clear bees wax.

Now for what didn't go right.
The first thing was the inner frame section.
It lacked strong enough definition; in that it should have been the main element for framing the artwork.
This section should be able to frame the image in its own right and independent of the rest of the profile.
I think the innermost scoop should have been deeper and so cast more of a shadow.

The next thing got wrong was the careless application of the wood filler.
Fruitwood has a very fine grain structure but to truly simulate the finish on polished ebony, it's best to fill the grain further with a paste grain filler.
This is rubbed into the wood-grain and the excess wiped away with a dry cloth.
On this frame however there are so many nooks and crannies that I neglected to thoroughly clean out all the excess filler. You don't notice them at the time but later when the frame is polished, the lumpy bits of filler residue become quite visible and blunt the crisp appearance of the frame.

And the final error was the one that annoyed me the most.
Real Ebony, when polished has a beautiful depth to its colour. This is due to the light hitting the cellular structure of the wood and reflecting back through the black surface of the wood.
It's seen to glow in the light.
In this instance, I used a black coloured grain filler when I should have used a transparent filler.
Grain fillers are reasonable translucent in their raw form and are then coloured with pigments to match whatever wood they are being used on.
These pigments are quite opaque however and too thick a residue of grain filler will often just resemble a simple paint.
It's a common compromise wood finishers face between achieving a smooth piano finish and illuminating the grain pattern or figure of the wood.
So, in my case, the black pigment acted as a mask to the light hitting the cell structure of the fruitwood.
I got a shiny black frame but without the delicate back-light glow of an authentic ebony finish.

I put it up on Instagram.
For sale.
Loads of likes.
Nobody bought it..
Affordable Gilding Course for Professional Framers-https://www.dermotmcardle.co.uk/
https://www.instagram.com/dermotmcardle/
Top

and your "mistakes" just make it more interesting (although I appreciate that they are frustrating for you). It is always the development and understanding of errors that help us improve! Thank you for the post.
Jo Palmer GCF(APF) Adv
(Textile, Mount Design & Function & Conservation)

very , very nice
great shape and colour
nice one D
i'm interested to know more about the grain fillers
where to get them and are there better brands than others?
Top

Thanks Tim.
I've got no real preference for any particular brand of grain-filler. I tend to rummage around on E-bay or just Google for who is the most convenient.
All the grain fillers basically do the same thing. They have a filler such as silica and quartz powder with an oil based binder.
The idea is to rub them into the grain and then wipe off again, so leaving the filler in the grain pores only. This can be quite effective on woods like obeche which show a rather ugly grain pattern under paint or varnish.

It's only really good at partially hiding the grain and relies on the further shellac coats to achieve the so called 'piano finish'.
As such, It is really only relevant for use under transparent finishes and is not a substitute for gesso which is more self-levelling.

It needs to be left to harden overnight and the wood then lightly sanded to smooth out any surface residue
The best results are when you can remove as much as possible when wet, yet leave enough remaining in the wood grain.
Easy on a flat surface but a bit tricky on deep contours.
And finally, it needs to go on before any varnish coatings.
Affordable Gilding Course for Professional Framers-https://www.dermotmcardle.co.uk/
https://www.instagram.com/dermotmcardle/
Top
Post Reply
5 posts • Page 1 of 1